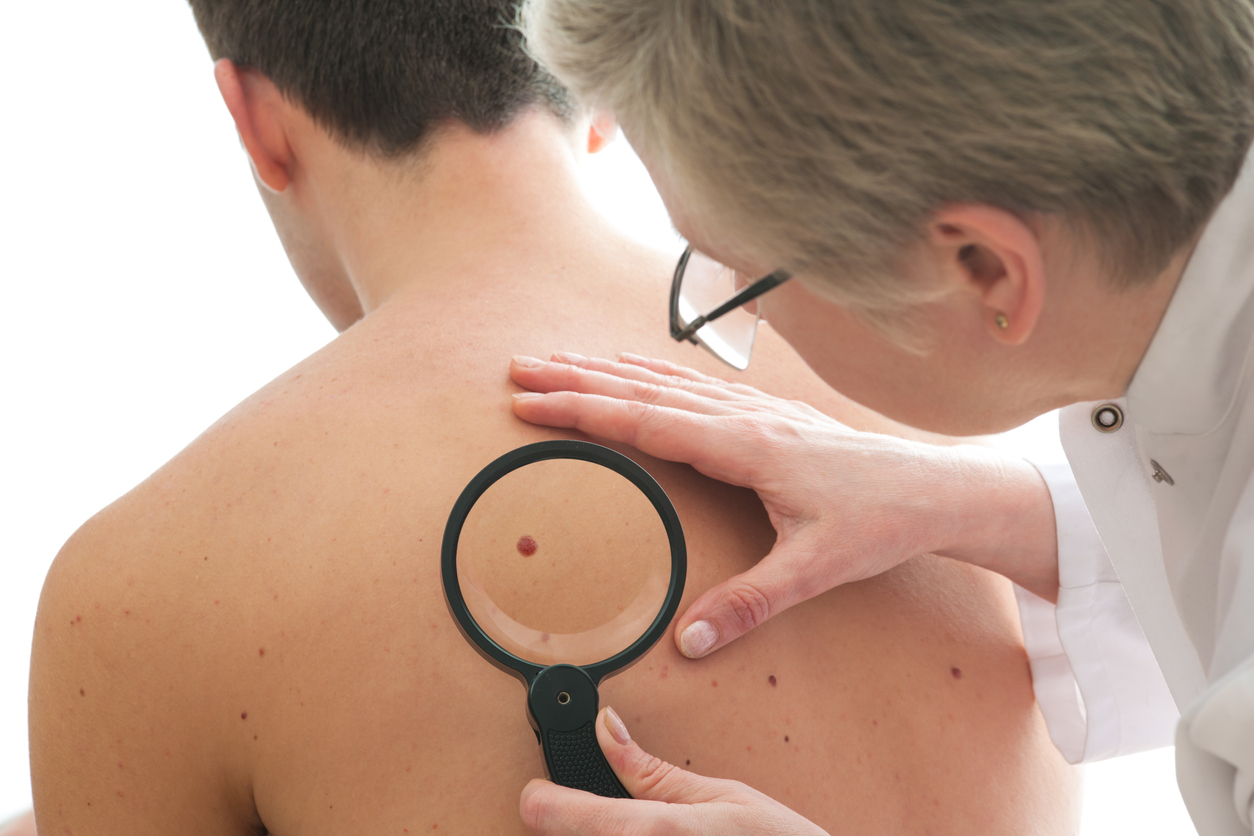 Melanoma is a type of skin cancer that develops when melanocytes (the cells that give the skin its tan or brown color) start to grow out of control.

Cancer starts when cells in the body begin to grow out of control. Cells in nearly any part of the body can become cancer, and can then spread to other areas of the body.

Melanoma is much less common than some other types of skin cancers. But melanoma is more dangerous because it’s much more likely to spread to other parts of the body if not caught and treated early.

Where do skin cancers start?

Most skin cancers start in the top layer of skin, called the epidermis. There are 3 main types of cells in this layer:

The epidermis is separated from the deeper layers of skin by the basement membrane. When a skin cancer becomes more advanced, it generally grows through this barrier and into the deeper layers.

Melanoma is a cancer that begins in the melanocytes. Other names for this cancer include malignant melanoma and cutaneous melanoma. Most melanoma cells still make melanin, so melanoma tumors are usually brown or black. But some melanomas do not make melanin and can appear pink, tan, or even white.

Melanomas can develop anywhere on the skin, but they are more likely to start on the trunk (chest and back) in men and on the legs in women. The neck and face are other common sites.

Having darkly pigmented skin lowers your risk of melanoma at these more common sites, but anyone can get melanoma on the palms of the hands, soles of the feet, or under the nails. Melanomas in these areas make up a much larger portion of melanomas in African Americans than in whites.

Melanoma is much less common than some other types of skin cancer. But melanoma is more dangerous because it’s much more likely to spread to other parts of the body if not caught and treated early.

Serving families in the Tampa Bay area for over 20 years.

Receive access to our exclusive news as well as our latest specials and other helpful resources.